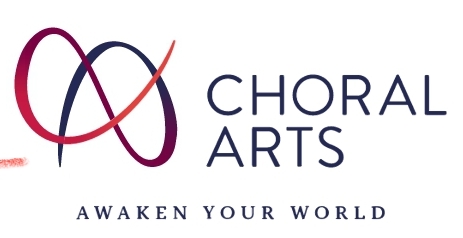 MOVING AHEAD: In efforts to inspire with music during the pandemic, Choral Arts announced its virtual programming today in a special announcement.

With the current pandemic, arts organizations around the world have had to pivot during these unprecedented times. The beloved Choral Arts Society of Washington (Choral Arts) has reimagined upcoming events and experiences for 2020-21. At a virtual press conference this after, Choral Arts announced plans for the coming months at awe & joy, a multimedia virtual event, that featured releases of music from the Choral Arts Archives, virtual ensembles and guest appearances from performance partners.

According to the press release Choral Arts, the mission for the 2020-21 season will center on experiences that strengthen human bonds and raise our spirits.

Beginning the fall 2020 season, the symphonic chorus will virtually co-present a performance of Día de los Muertos: Featuring Brahms’s Requiem with the New Orchestra of Washington conducted by Alejandro Hernandez-Valdez. Día de los Muertos is a Mexican holiday that celebrates the dead as well as honors the living who are mourning. Brahms wrote the piece as a universal Requiem, one that is well-suited to mark this holiday. Discussions are ongoing about whether the event will be in-person or virtually presented. On past occasions, Scott Tucker and Choral Arts collaborated in a similar concert with the Mozart Requiem.

Maestro Tucker shared exclusively with me about his thoughts on the upcoming modified season and efforts to continue the excellence that Choral Arts is known for, even during this time.

Choral singing is an elemental human experience. Its sound has the power to crack open new worlds; to transport us out of ourselves and usher us back in to focus on mind, breath, sound and heart. During a time like this in our human history, it is our privilege as artists to present a season of experiences that will take our audiences on a journey of awe and joy. We hope you’ll join us.—he stated with great enthusiasm.

The holiday season typically brings a flurry of performances at the John F. Kennedy Center for the Performing Arts. This year Songs of the Season: Christmas with Choral Arts and A Family Christmas will be available to patrons far and wide through online performances. At Songs of the Season, listeners will hear virtual premieres from our ensembles, reimagined favorites, a world premiere commission from Kile Smith, while A Family Christmas incorporates interactive moments for children into video from past and new performances for the whole family.

The 40th Annual Holiday Concert and Gala will adapt to an online concept with additional new performances, and musical appearances from special guests. The highly anticipated silent auction will also move online and become available to a wider, online audience.

Living the Dream…Singing the Dream, the long-running annual choral tribute to Martin Luther King, Jr. takes on a new format in an online edition, offered free to the public in January 2021. As always, the program is a collaboration between Washington Performing Arts’ Men, Women, and Children of the Gospel Choir (directed by Michele Fowlin and Theodore Thorpe III) and the Choral Arts Society of Washington (directed by Scott Tucker). In this novel online edition, each singer’s voice will be recorded individually, and then all voices will be edited together seamlessly. Musical selections will be interspersed with readings from past recipients of the Choral Arts Humanitarian Award.

The first in-person program will feature the East-Coast Premiere of Damien Geter’s An African American Requiem. Rehearsals for the ensembles will begin as soon as it is safe to do so. Nolan Williams and the NEWorks Orchestra will join in the performance with an orchestral ensemble, predominantly featuring musicians of color.

Previously scheduled in person performances with Washington Performing Arts, the United States Air Force Band, and the National Symphony Orchestra through November 2020 have been postponed or canceled. New events will be announced throughout the season.

THE ENTIRE SEASON AT A GLANCE:

THE CHORAL ARTS SOCIETY OF WASHINGTON’S 2020/21 EXPERIENCES TO DATE:

Songs of the Season (virtual)
Christmas with Choral Arts

A Family Christmas (virtual)
For the Young & Young at Heart