FOR IMMEDIATE RELEASE: Award-winning singer Norm Lewis joins the Coalition for African-Americans in the Performing Arts Board of Directors 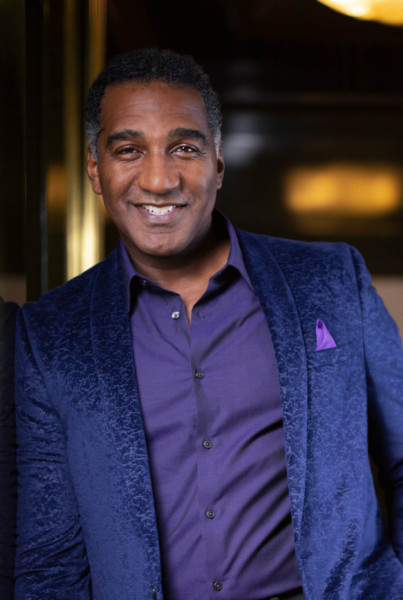 A High Profile Presence:  The Coalition for African Americans in the Performing Arts makes yet another remarkable addition to its Board of Directors.

FROM A PRESS RELEASE:

Celebrated singer and actor Norm Lewis recently was named to the board of directors of the Coalition for African-Americans in the Performing Arts. Lewis’ extraordinary musical and gifts as an actor have been well-documented on concert hall stages and TV screens around the world.

The Coalition for African Americans in the Performing Arts is a Washington, D.C. area based arts organization whose mission is to bring a wide-range of performing arts opportunities to diverse communities, particularly those of color. Commonly known as CAAPA, the arts advocacy group provides numerous cultural programs to the surrounding community, as well as regionally, nationally and internationally.

Notably in May of 2014, he made history as The Phantom of the Opera’s first African American Phantom on Broadway. He has been seen on PBS in the Live From Lincoln Center productions of Showboat with Vanessa Williams, Norm Lewis: Who Am I?, and New Year’s Eve: A Gershwin Celebration with Dianne Reeves, as well as American Voices with Renée Fleming and the PBS Special First You Dream – The Music of Kander & Ebb. A DC favorite, Lewis appeared with Fleming, alongside The Choral Arts Society of Washington in “Some Enchanted Evening” a program of beloved duet favorites conducted by artistic director Scott Tucker.

CAAPA Co-Founder Pamela Simonson expressed her excitement about Lewis’ presence on the board and her appreciation to board chair Reginald Van Lee for the strong recommendation:
“We are honored to have Norm Lewis join the board of directors. On a personal note, I have been a fan for a long time. I know with his creativity and love for the arts, he will bring much to CAAPA” Simonson stated.

The recipient of numerous awards, Lewis received Tony, Drama Desk, Drama League, and Outer Critics Circle award nominations for his performance as Porgy in the Broadway production of The Gershwins’ “Porgy & Bess.” Other Broadway credits include “Sondheim on Sondheim,” “The Little Mermaid,” “Les Misérables,” “Chicago,” “Amour,” “The Wild Party,” “Side Show,” “Miss Saigon,” and “The Who’s Tommy” just to name a few include Porgy in The Gershwins “Porgy and Bess” Ragtime, “Dreamgirls” (with Jennifer Holliday), “First You Dream,” “Sweeney Todd,” and “The Fantasticks.” Most will also recognize him from his starring role on the hit TV series “Scandal.”  Additionally, on film he can be seen in the newly released drama, “Magnum Opus,” and has appeared in “Winter’s Tale” “Sex and the City 2” “Confidences” and “Preaching to the Choir.”