National Arts Presenter Responds to Horrific Events at the US Capitol 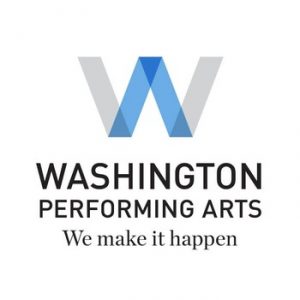 SPEAKING OUT:  Known for their diverse programming and the providing of performance opportunities across a wide spectrum of the DC arts community, Washington Performing Arts responds to the recent events at the U. S. Capitol.

In a recent press release, Washington Performing Arts denounced the deplorable events at the US Capitol on January 6, 2021. Jenny Bilfield is the President and CEO of Washington Performing Arts.

“Yesterday, the entire world witnessed a low point in American history here in our beloved home city of Washington, D.C., the nation’s capital. Today, our community is still reeling from the sights and sounds of this act of domestic terror, the desecration of the U.S. Capitol by white-supremacist thugs, inflamed by the words of our own president.  That this seditious mob was not more forcibly and speedily expelled is surely a manifestation of systemic racism in our country. As evidence of this white privilege in action, we need only look back a few months at how peaceful Black and brown protesters and allies were treated at Lafayette Square and Black Lives Matter Plaza (both a short walk from our own offices), including assaults with rubber bullets and chemical gas.”

We at Washington Performing Arts condemn yesterday’s riot and the systemic racism and bigotry underpinning it.

The press release went on to state that beyond speaking out, the organization desires to take action.

“Beyond condemnation, we want to take action. As our organizational mission states, we champion the arts as a unifying force. While we, our home community, and the entire nation grapple with the trauma of yesterday, Washington Performing Arts will focus on the special role that the arts can play in fostering unity and healing. Ever mindful of deep-seated inequities past and present, and disgusted by the events of yesterday, we invite you to join with us both today and in the run-up to the Inauguration as we share messages of unity, healing, and hope”  the press release continued.

Accompanying the press release was a powerful commissioned work from last fall “Tomorrow, I See” by D.C.-based poet and hip-hop artist Konshens The MC that resonates with this current moment.

We rise like a phoenix from ashes, learning from our past
Unity in masses, it’s a new day
Exchanging smiles when we pass and lending a helping hand, it’s the new way.

Being the change we want to see, reflecting light like still lakes
We break down hate with love and use truth as a vaccine to cure the infection of lies.

Resewing the slit ties that bond