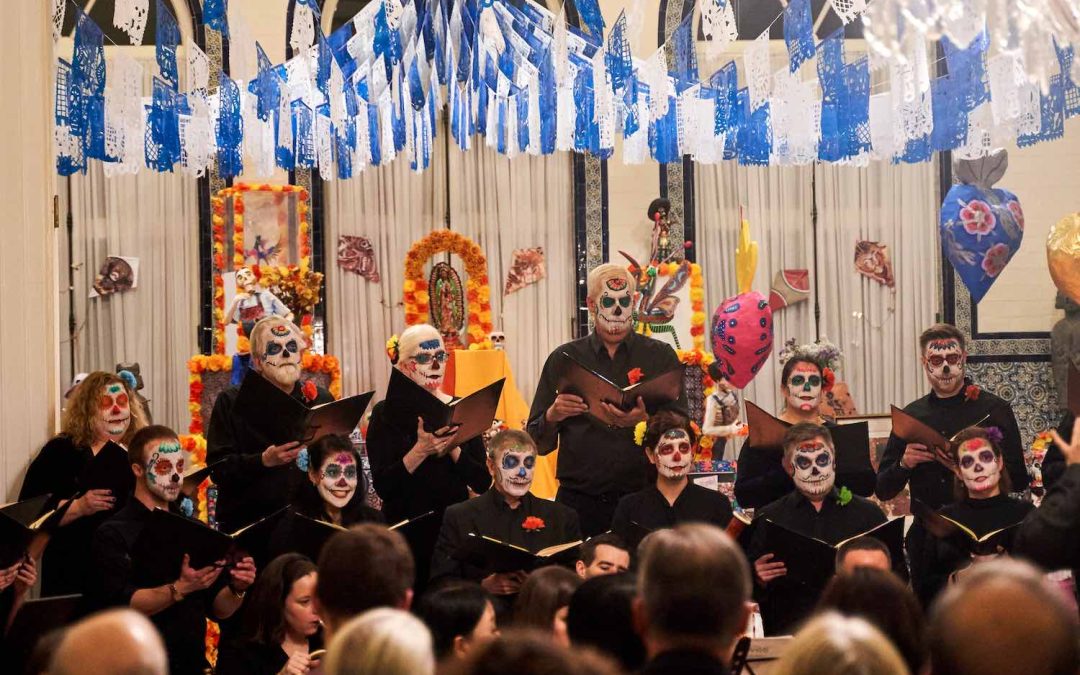 A VIRTUAL COMMEMORATION:  As most performing arts organizations, New Orchestra of Washington and The Choral Arts Society of Washington present the Brahms’ Requiem in a fresh online experience.

In previous seasons, Choral Arts and The New Orchestra of Washington (NOW) have collaborated in these special presentations centered around the celebration of Día de los Muertos (Day of the Dead).  Previously exploring the juxtapositon of the tradition with the performance of the Mozart “Requiem” this year, the two organizations will co-present Brahms’s “Ein deutsches Requiem.” The concert will be livestreamed on Saturday, October 31, 2020 at 7:30pm ET pn the Choral Arts website and will honor and commemorate the lives of those around the world who have lost their battle with COVID-19.

Portions of the concert was performed and recorded from the Music Center at Strathmore with strict COVID-19 safety precautions taken during the recording process.   These live performances are woven together with previously-recorded performances and photos from 2019’s concert that featured the same work.  The solos from the 2019 performance at the Mexican Cultural Institute by Laura Choi Stuart (soprano) and Brian Mextorf (Baritone) will be included.  Baritone Trevor Scheunemann was recorded at Strathmore early this October and included in this special presentation.

“As we journey together, we will build a virtual ofrenda to honor the lives of over 1 million world citizens who were lost in the pandemic and to acknowledge the pain of those who remain.” as stated in the press release.