BREAKING NEWS: Conductor Scott Tucker Shares About His Decision to Depart as Artistic Director of the Choral Arts Society of Washington 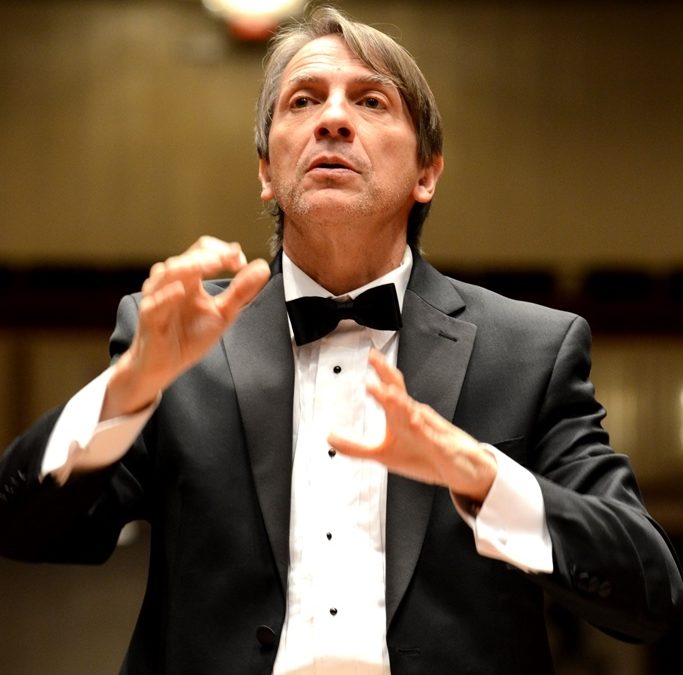 EXCLUSIVE:  Handpicked by the late Norman Scribner, Founder of the Choral Arts Society of Washington to succeed him, Scott Tucker has carried the rich legacy forward with such class, musicality, dignity and rapport.  I am thankful that he and Choral Arts chose me specifically to announce his departure.

This announcement hearkens me back to a nostalgic time in the choral fabric of the DC arts community.  Imagine it:  a joyful Norman Scribner in 2012 being fêted at Washington National Cathedral for his long, storied career as the founder and artistic director of the Choral Arts Society of Washington.  The program was jubilant and bore witness to his musical legacy.  At the near conclusion of that program, an unassuming gentleman joined the now late Norman Scribner at the front where Scribner literally passed the baton to him.  The new Maestro was Scott Tucker.  Today we are pondering who will Tucker share such a special moment with as he announces his plans to leave Choral Arts at the conclusion of the 2021-2022 season.  Additionally, this is a rather full circle moment, considering that when Norman Scribner was alive, he granted me the first interview for Washington Life Magazine about his retirement from Choral Arts.

Scott chatted with me exclusively about this decision, future plans and where he might land: Scott Tucker is the Artistic Director of Choral Arts.

PDM:  What’s next on the horizon? Will this mean a total departure from leading a large chorus or will you be active in music in some capacity?

ST:  I cannot help but be active in music, it is more of a lifestyle than a job. I don’t have specific plans, but trust that a way forward will make itself known.

PDM: If you had to pick something that has resonated with you during your time with Choral Arts, what would you say that would be? Opera’s beloved soprano Renée Fleming and star of Broadway and Television-singer Norm Lewis joined Choral Arts under the direction of Scott Tucker for this memorable concert in 2016 at The Kennedy Center.

ST:  I have always been about sound. To me, a perfect unison or a perfectly balanced chord is a very compelling musical experience, so the thing that resonates with me most is the memory of all those times in rehearsal and performance, that the choral sound was perfectly balanced and tuned. As exciting as it was to prepare for conductors such as Yannick Nezet-Seguin, or Gustavo Dudamel, or to share the stage with great performers like Renée Fleming or Brian Stokes Mitchell, it is those unassuming moments of choral beauty that will stick with me forever.

PDM:  How has the chorus received this news?

ST:  As of this moment they haven’t yet heard. I imagine that many will be sad, but I hope they can see the bigger picture; that with new Artistic leadership comes an opportunity for growth. (The chorus was notified prior to this being made public.)

PDM:   During this unprecedented time of social unrest and COVID-19, you have made great strides in terms of equity and equality in chorus. How will you foster this with the new director or at least encourage this idea?

ST:  I have great confidence in our organization’s ability to find just the right person to meet the many challenges we face at this moment in time. That goes especially for issues of equity diversity and inclusion. That said, it would be a mistake to think that one person, no matter how inspiring, could solve these systemic problems on their own. We have come to a moment in time when everyone, from the board to the staff to the singers, must pull together with an equal sense of urgency for any real progress to be made.

PDM: Does this mean that you and your family are leaving the DMV?

ST:  Not at all! We just bought a house in Vienna Virginia near Wolf Trap in a community which we adore. DC is my adopted home, and I have no desire to relocate.

Tucker has made some notable accomplishments during his tenure,  including the founding of two new ensembles, appearances on five recordings, led groundbreaking performances and an international tour. Those highlights include:

-Expanded and enhanced the MLK Choral Tribute incepted by the late Norman Scribner.

-Grew Choral Arts from a single ensemble by founding the Chamber Singers to transport audiences in smaller venues with music written for up to 40 voices, and the Youth Chorus to awaken new worlds for young singers.

-Launched Choral Arts on a path to immersive choral experiences with the critically acclaimed program, “Into the Light at Dupont Underground.”

-Appeared on five recordings, most recently the 2020 recording of Gustav Mahler’s Symphony No. 8 with conductor Yanick Nézet-Séguin and The Philadelphia Orchestra.

-Received frequent invitations to conduct in the Washington, DC area including Ireland’s Poet-Patriots at the Washington National Cathedral, Haydn’s Lord Nelson Mass and Bernstein’s Chichester Psalms with the Alexandria Symphony Orchestra, and the 2018 Serenade! Festival finale concert Mandela at 100: Songs of Hope, Justice and Unity at the Kennedy Center.

-Prepared the Symphonic Chorus for “Two Countries One Stage”, a five-city tour of China with the Qingdao Symphony Orchestra and Conductor Zhang Guoyong with over 100 choral members.

Prepared the chorus for performances with more than 5 major orchestras such as The National Symphony Orchestra and the Los Angeles Philharmonic.

While this announcement is bittersweet, there is a great sense of accomplishment and recognition of the excellence he had brought to the table. Being congratulated by the late Norman Scribner followed his first official concert as Artistic Director of the Choral Arts Society of Washington. (2013)

“We are sincerely grateful for Scott’s steadfast leadership and inspiration over this past decade…Scott has been an integral part of Choral Arts and has brought the organization to new heights. We wish him the very best as he embarks on his next chapter.”remarked Executive Director, Tad Czyzewski.

Tucker’s 10th and final season will a robust and exciting 18-performance schedule that will include the East Coast premiere of “An African American Requiem” by composer Damien Geter, the annual Martin Luther King, Jr. tribute with Washington Performing Arts and Mahler’s “Resurrection Symphony” conducted by Michael Tilson Thomas with the National Symphony Orchestra.

Whoever becomes the next in this triumvirate of excellence definitely will certainly have a tough act to follow. Presenting Scott Tucker the print edition of Washington Life Magazine’s interview with him at a reception in Stone Hall at National Presbyterian Church following his first concert as artistic director. (2013)

2012 Interview with the late Norman Scribner on his retirement and departure.

A native of Petersburg, VA, Patrick holds a BM in Vocal Performance from Virginia State University and a MM in Church Music from Shenandoah Conservatory. Formerly the Performing Arts Columnist for Washington Life Magazine, he currently is a freelance writer, publishing articles for several noted publications, including The Washington Post, Early Music America Classical Music Voice North America, The Afro-American Newspaper, CBS Washington and Examiner.com. He is a Board Member of the Music Critics Association of North America, a member of the National Association of Negro Musicians, Inc., The American Choral Directors’ Association, a former member of the Shenandoah University Alumni Board of Directors and a Life Member of Alpha Phi Alpha Fraternity, Inc. He serves as Organist/Choirmaster at Saint John’s Episcopal Church, Zion Parish in Beltsville, MD and is an adjunct instructor of music at Virginia State University. Visit http://www.patrickdmccoy.com. Follow him on twitter @PatrickDMcCoy,  IG: PDM06. and subscribe to “Across the Arts.”

©2021 Patrick D. McCoy: No part of this work is to be edited, reproduced or cited without the express permission of the author.