CARNEGIE HALL PREMIERE: Damien Sneed set to premiere his new opera “Our Journey: 400 Years from Africa to Jamestown” this Friday 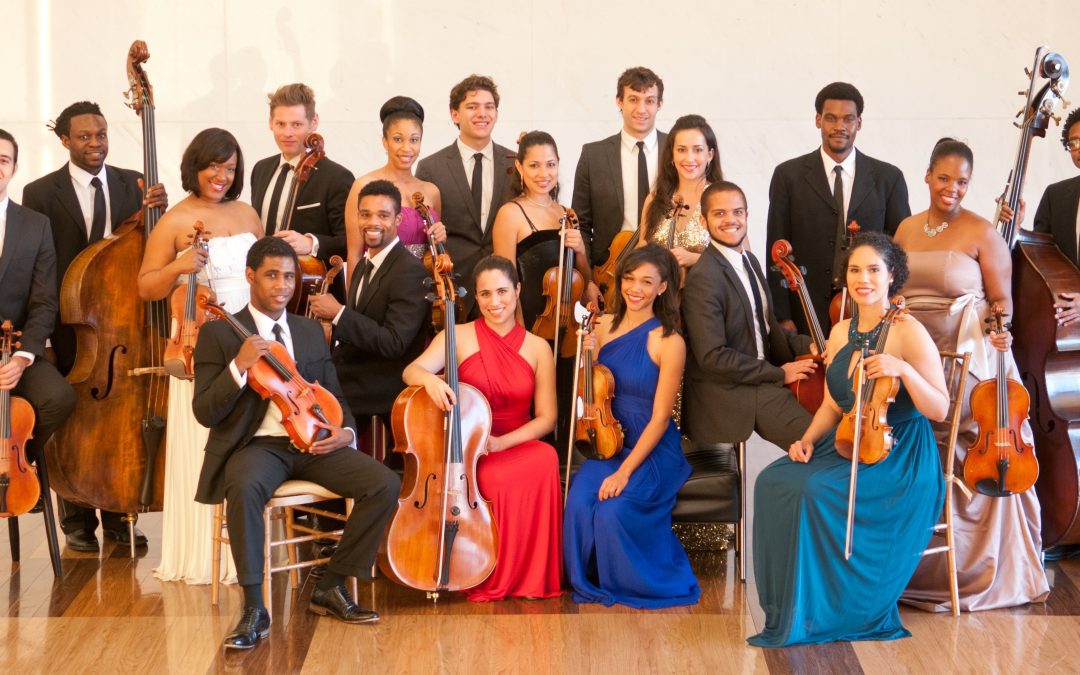 This Friday, October 11, 2019 at 7:00 p.m. Damien Sneed will premiere his new opera, “Our Journey: 400 Years from Africa to Jamestown” in Carnegie Hall’s Isaac Stern Auditorium/Perelman Stage.  This performance is a part of the  Sphinx Organization Gala sponsored by JP Morgan Chase & philanthropist Robert Smith. (Mezzo-soprano J’Nai Bridges will be one of the soloists for Friday’s premiere at Carnegie Hall.)

Joining Sneed will be fellow Sphinx Medal of Excellence recipients mezzo-soprano J’Nai Bridges and baritone Will Liverman with Chorale Le Chateau, and the Sphinx Virtuosi Orchestra.  The music and libretto both by Sneed for his opera “Our Journey: 400 Years from Africa to Jamestown,” showcases musical styles from the African American diaspora from African rhythms to spirituals to gospel to jazz, all interwoven within the classical genre. (Baritone Will Liverman will also be a soloist featured in Friday’s concert.)

“It’s always a pleasure performing at Carnegie Hall […] Out of the many times I’ve performed at Carnegie Hall as a solo vocalist, pianist, and conductor, this will be my third time performing a world premiere there. In December 2012, I was the solo pianist with the orchestra for my friend Diogo Pereira’s composition “Fiel Herzog” and the second time in October 2017 accompanying baritone Justin Michael Austin on piano for my composition “I Dream A World” based on the poem by Langston Hughes.” the composer stated.

Additionally, he commissioned to compose a new chamber opera titled “Marian’s Song” about the life of Marian Anderson for Houston Grand Opera, which will have its world premiere on March 5, 2020, at the Cullen Theater at the Wortham Center. in Houston, Texas.

The Howard University alumnus has worked with jazz, classical, pop, and R&B with legends including the late Aretha Franklin and Jessye Norman, as well as Wynton Marsalis, Stevie Wonder, Diana Ross, Ashford & Simpson, and many others. He established his label, LeChateau Earl Records, in 2009, which reflects his varied musical interests and features critically-acclaimed artists from classical, jazz, gospel, and other musical genres. He has released several CD projects, Jazz In Manhattan (September 2019), Damien Sneed: We Shall Overcome (January 2019), The Three Sides of Damien Sneed: Classical, Jazz and Sanctified Soul (July 2018), Broken To Minister: The Deluxe Edition (March 2015), Spiritual Sketches (June 2013), and Introspections LIVE (January 2010).

For more information on Damien Sneed and LeChateau Earl Records,