IN RECITAL: Tenor Lawrence Brownlee at The Kennedy Center 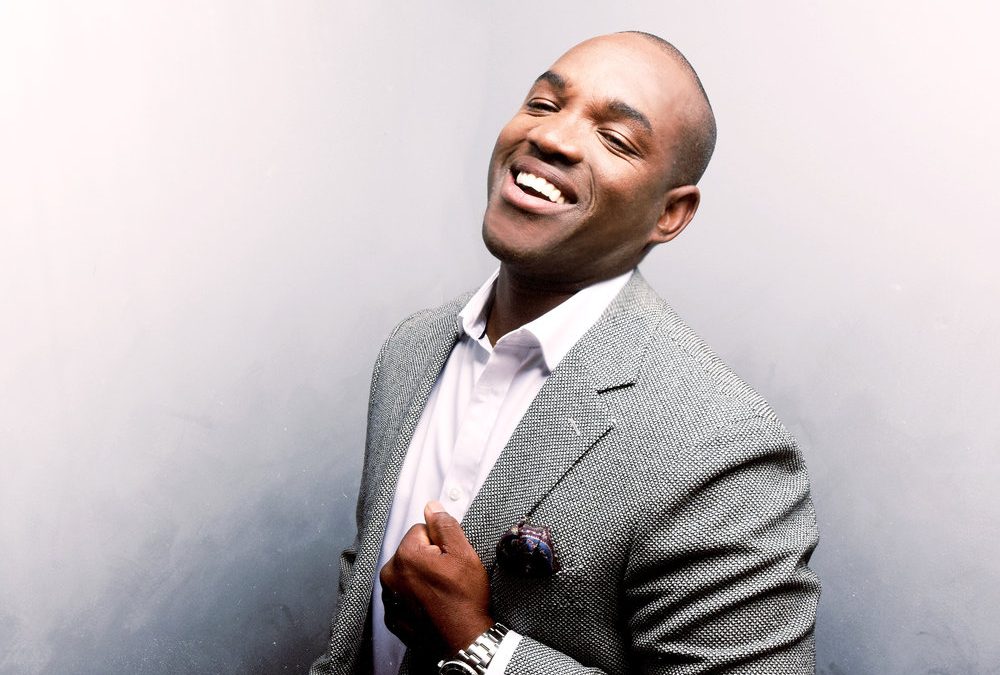 It is always wonderful when an audience gets treated to a different side of an artist’s musicianship.  Such was true last night as tenor Lawrence Brownlee was presented in recital by Vocal Arts DC at The Kennedy Center in The Terrace Theater.  For those who have been following his performances, especially his recent appearance with Washington Concert Opera in Rossini’s “Zelmira” there is a level of high-flying acrobatic singing that one almost have come to expect.  By Brownlee’s own admission, he is known for singing the operatic fare by Rossini and Donizetti, with a few high Cs!  His recital last evening in contrast gave the listener the opportunity to luxuriate in the reflective nature of his singing, which was almost like a personal conversation with the audience.

Opening the program was the Dichterliebe, Op. 48  by Robert Schumann.  Often, when one think of the recordings and performances of this work, baritones such as Dietrich Fischer-Dieskau, Gerald Finley and even tenor Fritz Wunderlich come to mind. Brownlee offered his interpretation of the beloved songs.

A wide range of both musical and emotional depth were present throughout the cycle. Pianist Myra Huang was a most sensitive partner with her accompaniment, which carried Brownlee’s voice from one song to the next seamlessly. The opening “In wunderschönen Monat Mai” found the tenor singing with a light, lyric production that was at home in the collaborative playing by Huang. Proclaiming the “wondrously, beautiful month of May” the music forged ahead, moving from one vignette to the next. At times, Brownlee’s tenor took up residence in a vocal range that was a noticeable contrast to his operatic performances. This presented an opportunity for the singer to offer the emotional weight of this cycle, totally without distraction or vocal adornment.  Musically, the work conveyed a wide range of emotions:  sensitivity, joy and love which were all reflected as Brownlee’s elegant tenor crested upon Huang’s solid accompaniment. One of those moments truly came forth in the “Ich grolle nicht” where the voice not only resounded with a powerful fervor, but gave way to the dramatic presence in Brownlee’s middle range. “Die Alten, bösen Lieder” brought the journey to a close, enhanced by Huang’s stately piano accompaniment.

New compositions can be met sometimes with trepidation.  It truly is up to the performer to ‘sell’ the audience.  Brownlee did just that as he offered the song cycle “Cycles of My Being” by Tyshawn Sorey. Tackling the plight of the Black male in America, it was certainly presented by Brownlee with a sense of personal conviction.  It was in this aspect of the recital that the voice exhibited the full range of his artistry:  beautifully arched phrases, emotional presence and of course-even soaring high notes. Divided in six movements, each presented a distinct state of being.  Opening was “Inhale, Exhale” in which the serenely beautiful piano introduction allowed the singer to do just that as he prepared to sing the gripping text “America-I hear you hiss and stare.”  It was interesting how the piano took on the role as a ‘go between’ as if being the one who brings resolution to a conflict with an olive branch reflected in the accompaniment. Like the Schumann “Dichterliebe” a wide range of emotions were felt here.  ‘Hope’ was represented twice in the cycle, in movement II and then returned in movement V.   The text “when angry hope is a blade” was readily felt as Brownlee’s tenor unleashed, soaring with pained urgency. In movement II, hope seemed to be represented through a litany of conditions, but when it returned in movement V, there was a feeling of resolve as sentiments of calm, serenity and forgiveness were among those expressed. Another powerful moment of the cycle was movement IV. in which the tenor and piano engaged in conversation as the tenor sang the probing question “why do you hate me?” answered by the subtle piano accompaniment which hinted at the line remarking that hate is “often wrapped in disguise.”

The final movement “Each Day I Rise, I Know” was a declaration of one’s plight.  As if a testimony, Brownlee began a cappella giving great attention to the text as it moved ahead. Fusing together the elements of his florid operatic singing with the soulfulness of his church background, it was here that one could feel the investment that the singer made not only musically, but emotionally in sharing this journey into the black experience.

As last night’s recital by tenor Lawrence Brownlee marked the four year anniversary of the passing of Vocal Arts Founder Gerald Perman (April 11, 2015), it is without a doubt that he would be proud that his legacy continues through thoughtful and diverse programming of both music and artists.

Brownlee and Huang rewarded the audience with two encores:  “All Night, All Day Angel’s Watching Over Me” arr. by Damien Sneed and the Louis Armstrong/Ella Fitzgerald classic “The Nearness of You.”