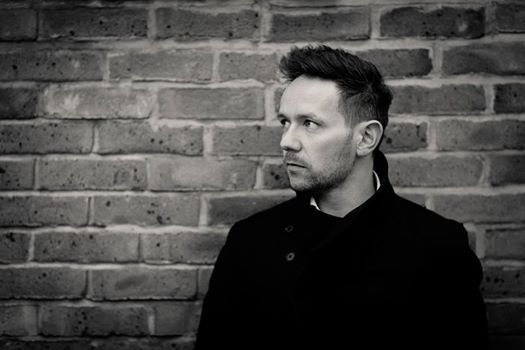 REVIEW:  In program of vocal treasures, countertenor Iestyn Davies shined in a program of works by Purcell, Handel, Dowland and others.

To close out the Vocal Arts DC season of exceptional vocal recitals, countertenor Iestyn Davies was joined by lutenist Thomas Dunford in an intimate evening of music in The Terrace Theater at The Kennedy Center.  It was certainly a niche program themed around the legendary mythological figure Orpheus.  This recital featured repertoire that is not always given a large platform in a recital series.  It was a wonderful contrast to the music of the previously hosted recitals and offered the opportunity for the audience to revisit vocal gems of earlier musical periods.

Opening the program were two vocal works by Henry Purcell.  “Lord, What is Man?” was rendered by Davies with a sense of probing reverence, while “Sweeter than Roses” evolved into a playful, meandering around the agility of the vocal line, supported by the florid accompaniment of Dunford’s lute.  Following was “Le Voix Humaines” by Marin Marais.  A student of composer Jean Baptiste Lully, Marais’ work was elegantly sung by Davies.  Melodious long lines and the dulcet playing of the lute by Dunford set the stage for a hymn-like, transportive rendering.

In Handel’s aria “Ombra Cara” from the opera “Radamisto,” Davies voice blossomed here.  Marked by the minor key, there was a new found richness in the vocal depth of Davies’ countertenor.  A set of songs by John Dowland followed.  Of note was the mournful “Flow My Tears” and the sprightly sung “The Frog Galliard.”  Ending the first half of the program was another aria by Handel, “Hendel, non pio mia muso.”  Declamatory in the opening lines, this aria unfolded into a showpiece for the voice and provided a strong ending for the first half of the recital.

The second half of the program presented some recognizable vocal favorites.  Purcell’s “Music for a While” was an essay in beautiful singing, with Davies not only giving subtle nuance to the vocal line, but also a lesson in text-painting as the “snakes dropped from her head.”  “Come Again, Sweet Love” by John Dowland was a wonderful vehicle for Davies and Dunford to show musical contrasts.  Conveying a different mood for each verse, the musical partners painted a vision of delight for the audience as the song progressed.

There was one point of distraction during the recital when a phone rang during one of the more reflective moments of the music making.  With an instrument as intricately soft as the lute, the ring of the phone had no where to hide, much to the audible chagrin of the listeners.

“Oh Lord, Whose Mercies Numberless” from Handel’s oratorio “Saul” was of particular beauty,  There was a sense of emotional depth that one could feel in the opening statement, then carried forth by the florid movement of the line, giving emphasis to the text.

Lutenist Thomas Dunford had the opportunity not only to shine as musical partner to Davies, but also as a solo artist.  In particular he radiated virtuosity has he rendered several solo offerings, including an arrangement of the “Cello Suite No. 1, in G Major” by J. S. Bach.

The recital concluded with “An Evening Hymn” by Henry Purcell.  Beginning with seamlessly connected phrases, the work culminated in a melismatic Alleluja!

Among his encores was Ralph Vaughan Williams’ setting of “Orpheus With His Lute.”