The Death of Renowned Composer and Choral Conductor: Noel Dexter 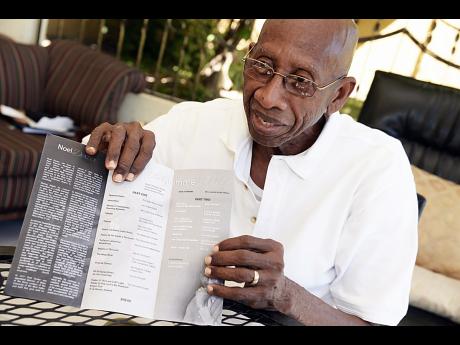 Beloved Jamaican composer Noel Dexter has died at the age of 80.

If you have sung in a church choir or even sat out in the pews, you may have heard the famous hymn “The Right Hand of God.”  Celebrated Jamaican composer Noel Dexter died on Sunday at the age of 80.  The composer of many compositions, appearing in numerous publications and hymnals around the world, his music contributions were countless to the sacred music world.  Among his most well known sacred choral anthems include his setting of “The Lord is My Shepherd” and “O Praise Ye the Lord.”

Born in 1938, he was regarded as a prolific scholar and led the University of the West Indies music program to critical acclaim.

Read this lovely tribute in Jamaica’s THE GLEANER

Watch Noel Dexter conduct the University of the West Indies Singers in Haydn’s “Great and Glorious.”

He will be greatly missed, but his musical legacy will continue.